What to do about window glass condensation 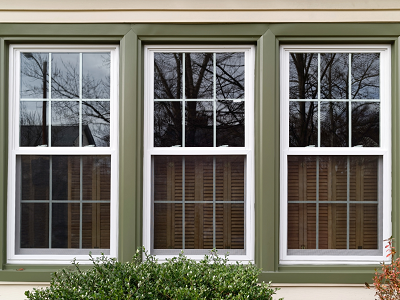 If you have ever stepped out of a hot shower to be greeted by a fogged-up mirror, you know what condensation looks like. It's expected in bathrooms and other areas of high humidity, but when it appears on your windows and blocks the view, that's an annoyance that must be remedied.

Condensation that appears briefly is normal -- when there is a significant difference between the temperature of the inside and outside of your home, it's likely to form. On extremely cold days, you might notice a small bit of fog on the inside of your windows; during the summer, that fog might be on the outside. The condensation should be very light and transient, clearing up quickly.

The problem arises when condensation forms between the glass panes that make up your windows. That's the kind of condensation you definitely do not want to see.

Why do I have condensation between glass panes?

Double-pane windows are made with two layers of glass. Between those glass panes is a gas, such as argon or krypton, that acts as insulation for the window. These windows are sealed very well to keep the gas inside. In addition, most windows also have a silica desiccant inside them, which can absorb a great deal of water over time. So if you see condensation appear between the panes, that means that not only has the window seal failed, it has failed badly enough that the silica desiccant is saturated.

But why did the window seals fail?

That can be explained by something known as thermal pumping. When the sun hits the window and heats up the gas inside, it expands. This puts pressure on the seals. At night, when the window cools down, the space between the panes contracts. This constant change can lead to deterioration of the seals over time, and tiny stress fractures appear. That is enough to eventually lead to condensation between the panes.

How to fix condensation problems

According to the International Association of Certified Home Inspectors, many industry experts believe the windows can be repaired by replacing the glazing assembly -- this works about 75% of the time. Sometimes the sashes must be replaced. Only about five percent of all failed windows must be replaced.

There is another option, known as defogging. Here's how it works: A hole is drilled into the window from the outside, opening up the gas chamber. A cleaning solution is then sprayed into the chamber. A powerful vacuum pulls out that solution and any other moisture. The hole is repaired with a tiny defogger device that allows moisture to escape during day-to-day thermal changes.

However, keep in mind that some home inspectors see this as a band-aid solution to a bigger problem, and not a true fix for your windows. While the defogging process does make the windows look nicer, it doesn't replace the lost insulation value. Eventually the window will have to be replaced, but defogging can buy some time before that happens.

What does it cost?

Unfortunately, many homeowners who see fogging of their windows will immediately contact the window company, only to find that the typical warranty does not cover condensation problems. That means that costs for defogging or replacing the windows must be paid out-of-pocket. Since vinyl windows can easily cost up to $600 each and wood windows can cost $1,000 each -- with higher costs for custom construction -- many homeowners go for the defogging option, which is usually about a third less than the cost of replacement windows.

When choosing a contractor to handle the defogging job, treat it just as if you were hiring someone to do a full replacement: Get references, make sure they are licensed and insured (assuming those things are required in your area), ask for quotes from at least three different companies, and make sure each quote is based on the exact same work. Be sure to ask about warranties, too; many companies offer up to five year warranties on their defogging work, which might come in handy if you live in a very humid climate.

Get a Free Replacement Windows Estimate