What would you think of a house that requires virtually no additional energy for heating and cooling other than what it produces itself -- regardless of the climate in which it's built -- and stays a comfortable temperature all year round? Sound impossible?

A passive house can do just that, and "passive" has nothing to do with the personalities of its homeowners. On the contrary, owners and proponents of net-zero energy-use homes are often extremely passionate about just how much they save annually in energy and related expenses by building or retrofitting their homes to achieve this level of energy independence. Just ask net zero energy guru Matt Grocoff; his 100-plus-year-old house has been remodeled with energy-efficient components so that the family's energy use no longer costs them anything.

Passive house, or passiv haus as it's also known, was conceived in Germany in the 1990s. To date there are more than 15,000 passive house projects in Europe, mostly commercial, and a handful in the U.S. The concept of net zero energy homes is catching on here, and interest in these projects is growing as the popularity of green building and renovation takes hold. However, not every net-zero energy home qualifies as a passive house. Passive House Institute U.S (PHIUS) requirements are strict and very specific.

The passive house concept uses passive energy to warm a building or home. In some cases a passive house achieves net zero energy by producing as much passive energy from the sun as it uses, sometimes from solar energy systems such as panels or solar roof shingles. Passive energy can also come from other sources of solar heat gain:

These buildings can very effectively retain that heat in cooler weather through the use of an airtight shell, triple-pane windows, extreme insulation and by reducing thermal bridging -- the transfer of heat from one poorly insulated building component to the next until it leaves the house. Wood or steel framing is a prime culprit of thermal bridging, which is why thermal breaks and plenty of insulation are a necessary part of the passive house strategy.

To prevent the air in these well-sealed homes from becoming stagnant, a whole-house ventilation system pushes stale air out, retains or forces out hot air as needed, and keeps fresh air circulating throughout the home. An energy-efficient heat exchanger can maintain a constant, comfortable temperature.

The role of passive house windows

One way windows in any house can be used effectively to increase solar heat gain in winter is by placing them on the sunny side of the house. Shading those same windows with awnings in warmer months can reduce the need for extensive supplemental heating and cooling, typically by as much as 90 percent.

One key component of a passive house, however, is the super energy-efficiency of the actual windows. Because much of a home's heat is lost and gained through its windows' glass and frames, passive house windows are airtight and designed with deep frame profiles to accommodate the following energy-saving features:

These features allow passive house windows to achieve some of the lowest available U-values (also known as U-factors), which is the measure of thermal heat transfer through the window. By combining the very lowest U-value and highest solar heat gain co-efficient (SHGC), the home can both absorb more radiant heat from the sun shining in its windows and lose less warm air when it's cold outside. However, that's a tricky combination to achieve.

To give you some idea of how energy-efficient passive house windows are compared to most of today's top Energy Star-rated windows, the best Energy Star U-values are typically .20 to .30, with the lower rating being more desirable in cooler climates.

SHGC ratings range from 0 to 1 with ratings closer to 1 allowing for more solar heat gain -- also desirable in colder regions but not in warmer ones. By comparison, windows used for passive house projects can have U-values of .070. In fact, one of the most effective passive house windows combines a .088 U-factor with a .60 SHGC and achieves an R-14 rating. That's more insulation than most older homes currently have in their walls, much less their windows. 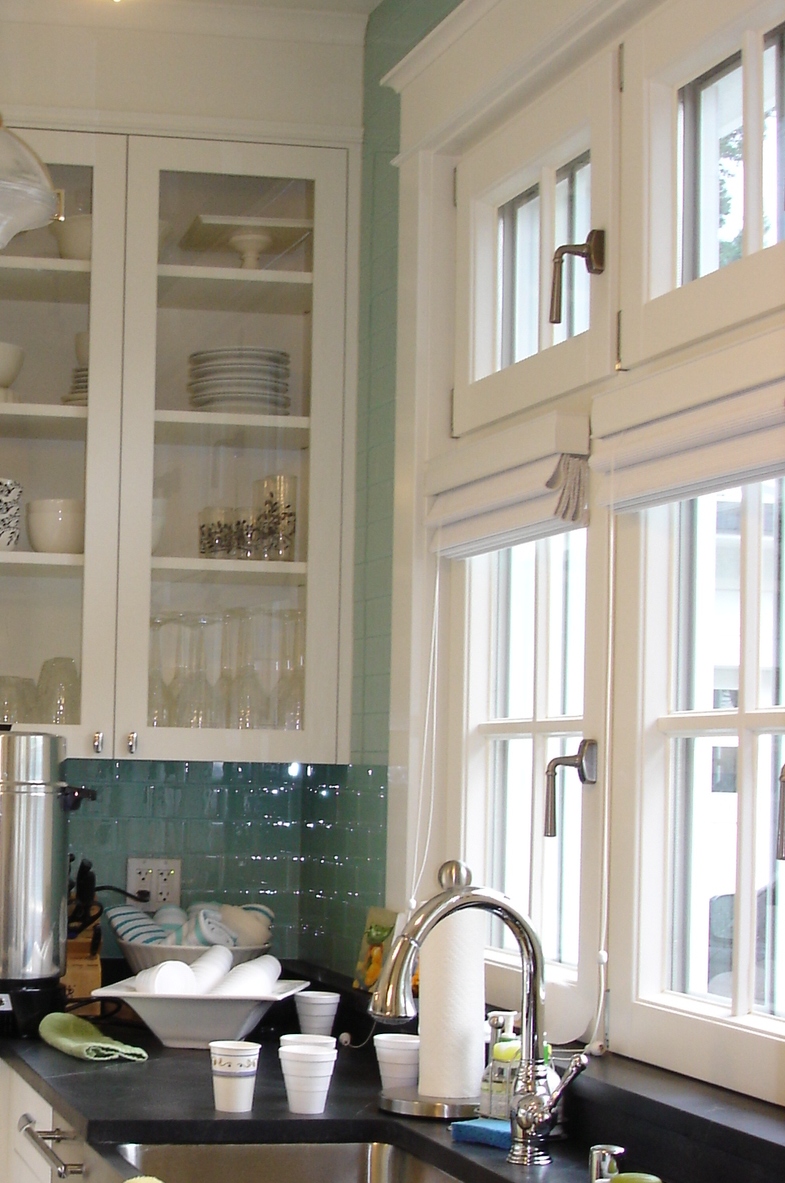 Another feature of windows used in a passive house is how airtight the windows are when closed. The house must pass a blower door test confirming the degree of how airtight it is. Tilt-turn windows, very popular in Europe and becoming more readily available in the U.S., are perfect for passive house applications. These versatile windows open inward in two different ways, from the side like a casement or from the top like a hopper. Because the window operates on two different planes, it is held shut by hardware in several places and sealed with compression weather stripping. The result is an extremely airtight window.

Some of the companies offering these windows in the U.S. are Zola, Schuco, Makrowin, and Klearwall. Zola offers aluminum-clad wood windows in a number of styles in addition to tilt-turn, including casements, french doors, and patio sliders. Makrowin's windows are manufactured in wood, engineered wood, and wood with aluminum-cladding on the exterior frame. Schuco provides the aforementioned super-efficient .088 U-value in its ThermoPlus glass. Eco-Clad and Future-Proof product lines from Klearwall are both certified for passive houses, but Future-Proof is designed to be accessible for anyone who wants to achieve the highest levels of heat loss prevention in conventional construction applications, too.

Which brings us to the question of whether passive house windows are worth buying for your own home.

Even if you are not contemplating a home that meets strict passive house standards, you may be able to improve your energy-efficiency by choosing triple-pane windows in a cold climate. But in many regions of the U.S. double pane windows are now the benchmark, and there are other, less drastic ways to further increase your home's energy-efficiency -- beefing up your insulation, for instance, and plugging air leaks.

If you're not ready for top-of-the-line, energy-saving windows, can you find other ways to stop energy loss through your windows? Of course you can. German passiv haus ingenuity might set the standard for saving energy, but consider this: Matt Grocoff managed to achieve net zero energy use without buying triple or even double pane windows -- simply by repairing single pane windows and adding low-e storm windows and cellular blinds -- all at a fraction of the cost of passive house technology.

It's known as good, old-fashioned American determination -- it can save you energy and money.

Iris Price is a single Baby Boomer who specializes in writing about self-realization, motivation and home remodeling. She recently bought a new-construction home she shares with a bossy cat and a neurotic dog. When not attending to their every need, she's busy learning how even a brand new home has plenty of room for improvement.

Get a Free Replacement Windows Estimate