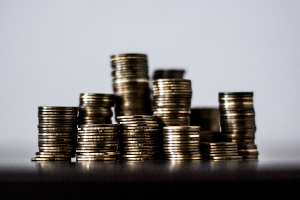 The housing market is back on its feet -- or is it? Following the burst of the housing bubble and the crisis that followed, it seemed every other home on any street in the U.S. was in foreclosure. Is the apparent rebound just another illusion? Those who were burned by the housing crisis are right to be skeptical, but the experts have weighed in, and things seem to be looking up.

The foreclosure predictions for 2016

As the market has worked to readjust itself, the result has been something like a see-saw: Home prices were incredibly undervalued after the bust, and over the last several years they have risen to being rather overvalued, by as much as 9.7%, according to the Washington Post. But now things are leveling out, so more consistent and realistic home prices are expected over the next few years.

The market will also see a boost from Millennials. They have been renting for years, but now that rental rates are skyrocketing -- more than 85 percent of rental rates in the nation are now at more than 30 percent of renter's incomes, according to Realtor Mag -- those between the ages of 24 and 35 will be moving into homes of their own. This trend actually revved up in 2015, when a full one-third of all new homeowners were Millennials.

Those who lost their homes to foreclosure will be back in the market in a big way. Now that enough time has passed, these "boomerang buyers" have had an opportunity to improve their credit, work toward saving for another down payment, and in some cases, have reached the point where a bankruptcy has fallen off their credit report. The result is that the housing market is open to them, and just like the Millennials, they will dive into it to avoid the high costs of renting.

When it comes to foreclosures, "we will continue to see year-over-year double-digit declines in foreclosures which have returned to pre-bust levels," predicted Bruce Ailion, a realtor and attorney in the greater Atlanta area. But the strength of that decline depends greatly upon location. Housing Predictor points out that two-thirds of foreclosures were confined to the ten hardest-hit states, but now foreclosures will spread more evenly throughout the country -- so areas that were hit very hard will be on an upswing, but those that were relatively unscathed can expect to see more foreclosures on the books by the end of 2016.

What about buying a foreclosure?

Foreclosures weren't bad news for everyone: those who were in the business of flipping properties struck a gold mine when the fire sales started. But that mine has finally petered out. "The steals and deals of 2009-2012 are gone," Ailion said. "Certain states with long foreclosure time lines still have a back log. In these states values are coming up, and lenders are no longer under the pressure to sell that existed when their books were overflowing with REO." So while there might still be foreclosures to be had by the savvy buyer, don't expect to find the home of your dreams for a rock-bottom price.

The bottom line on what to expect with foreclosures

Things might be looking good for most, but the threat of foreclosure hasn't abated for many who are still living paycheck-to-paycheck. "Because people over pay, over mortgage, face intractable life challenges of job loss, business failure, death, divorce and health challenges, there will always be some level of foreclosure," Ailion said.

Those who are looking to buy a home in 2016 can improve their chances of a great deal by cleaning up their credit report, paying all their obligations on time, paying down credit card debt, and streamlining expenses if possible -- remember, the debt-to-income ratio matters just as much as your credit score. Make life easier by planning for the largest down payment you can reasonably afford. When it's time to go house-hunting, stay realistic and look only at those homes that are truly within your budget.

Those who are at risk of foreclosure should act right now to ensure that they can not only keep their home, but keep their credit intact in the process. Speak to your mortgage lender about possible options, such as refinancing or restructuring, that might keep you from becoming one of the millions who will face foreclosure in 2016.