We bought a house

In my last post I grumbled about the challenges of finding an old house we could afford to fix up without courting financial ruin, or death by roof collapse or pulmonary hemorrhage (caused by Stachybotrys Chartarum, AKA "black mold").

In this post, I celebrate our good fortune in purchasing a sensible, more recently built house. A sound house.

This house is not sexy... yet. It is not congruent... but will be. It is not red... either. (It's actually blue, but according to Photoshop, this is what it would look like if it were red, and if we replaced the window, currently a double-hung window half the size shown.) For reasons I can't explain, I don't have a photo of the front of the house in its current color/with existing window. But here are some unaltered shots of the north and east side of the house.

The sliding glass door and small deck are attached to the larger bedroom, soon to become our guest room.

This small deck off the living room will be demolished, we'll be adding a master bedroom and bath, and repurposing the existing sliding glass doors in the new bedroom. The stairs to the left lead to the southern facing main deck.

This house does not have a strong point of view. It's more or less a blank canvas containing our prerequisites: high ceilings and an open floor plan. It's a different kind of fixer-upper than we've become accustomed to, having viewed around 50 old houses, most built over 100 years ago. This is a young house, the only one our realtor showed us that was built in the last half century. It's an awkward adolescent with braces, thick glasses and frizzy hair. It cowers inexplicably behind a large pile of sticks and cheap lattice.  Most of the house’s problems can be fixed or improved, though there are certain third nipple-esque elements we will inevitably need to accept. But it has a good heart; it’s healthy. And here's what's really key about this house:

I'm not trying to gloat. I'm just happy, guys! Look at all those trees!

So back to the style of this house. The design is... unconventional. Eclectic? It's sort of a post-mid-century modern board and batten covered cabin conversion passive solar(ish) house. It's 1/3rd Phillip Glass, 1/3rd Thelonious Monk, and 1/3rd Tuesday night jam band... with some Grizzly Bear overtones. I guess it could simply be called modern eclectic. Or maybe I don't need to classify it; it can just be a mutt.

It seems to have been built in the late 60s and added on to a few times, we’re not sure when. The original structure appears to have been a  cabin, the beams are still prominent. I plan to eventually uncover the history of the house by visiting the local municipal planning agency, courthouse or historical society, and locating past building permits and/or the property’s abstract. For now I'm guessing. 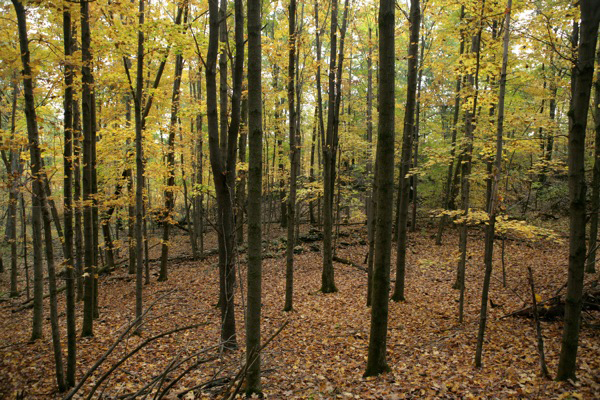 DISHWASHER!!!! (I'm exercising considerable restraint in using only four exclamation marks. This will be the first place I've lived with a dishwasher since I moved out of my parents' house two decades ago. We washed our first load of dishes this past weekend and I couldn't stop staring at the machine. That anesthetizing murmur, the warmth; like the embrace of a new lover. I was beside myself. "It works! It actually works! It's cleaning our dishes. right. now!")

But the very best features were imported from Brooklyn: 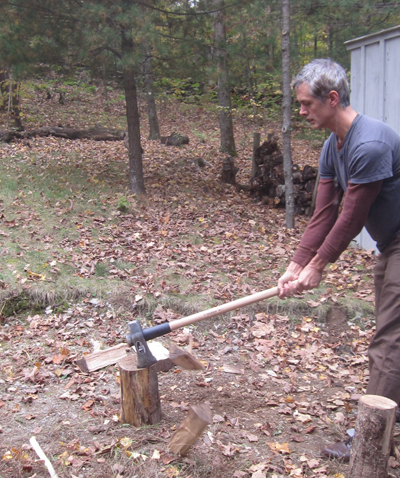 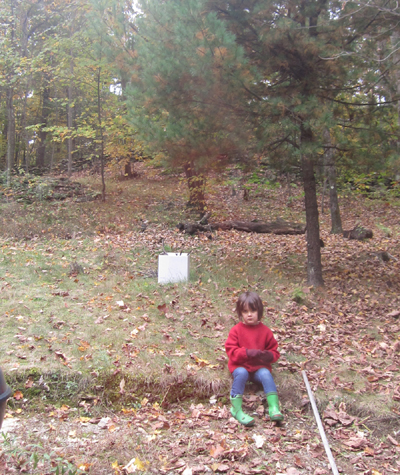 KINDLING GATHERER (the newer models are slower but cuter.) 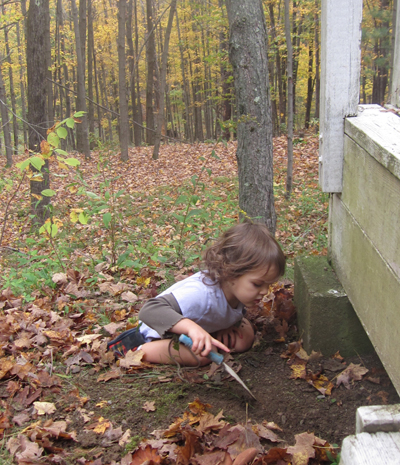 DITCH DIGGER (cruelty-free; no bugs or earthworms harmed, though caterpillars occasionally held against their will.)