Taking the 'pain' out of painting

I've written a few blogs about the various challenges of painting my two-story, open-plan loft home. Choosing paint colors has been one of the most time-consuming ones. It has probably taken at least as long as the actual painting will. I'm never quite sure if the paint choices are final. Every time BFF and I discuss the next area to be painted, the debate resumes.

The pain of choosing the perfect paint colors

Blame it on my perfectionism, but the process of selecting just the right shade of paint has been a royal pain. With walls like Mobius strips, lots of natural light, a giant fluorescent fixture illuminating the main living area and an assortment of other light sources including LEDs, CFLs, and incandescent spots, it's a bit of a crap shoot.

I knew I had a painting problem that was out of control when I examined the evidence:

Apps to cure the painful process of paint selection

I realize I'm a little behind the curve when it comes to technology, but not wholly ignorant and certainly no Luddite. I've often wondered whether someone had devised a way to paint my house virtually so I wouldn't have to dab samples everywhere and primer to cover them during the exploratory phase.

The best solution I came up with was ColorSmart by Behr. No offense to Behr. I love their paints and have used them exclusively for my whole house, but their app is cumbersome for finding the color I'm imaging on my own walls. I thought I could use photos of my home to test the colors, but I was stuck with their sample rooms as test beds.

Unfortunately, I didn't think to look further. I stumbled on Project Color for iOS and Android from The Home Depot while researching other smartphone home renovation apps. The app allows you to photograph your own rooms or home's exterior and color them with any of the paints they offer. TapPainter for iOS, a somewhat more advanced app, allows you to sample other brands' colors also using your photos as well as theirs.

I was so excited about my app find, even though I'm nearing the final stages of paint selection. I immediately took a photo of the 20-foot yellow walls I want BFF to repaint in a neutral, which I "painted" virtually in the very soft Beach Grass we've used on most of my upstairs bedroom and part of the hall. The app allows you to share your results. I texted it to her, only after thinking she might not be as amused as I. Transforming the walls for real involves spending a couple of days on scaffolding covering the same area she painted two years ago. Fortunately, she had nothing but positive feedback. 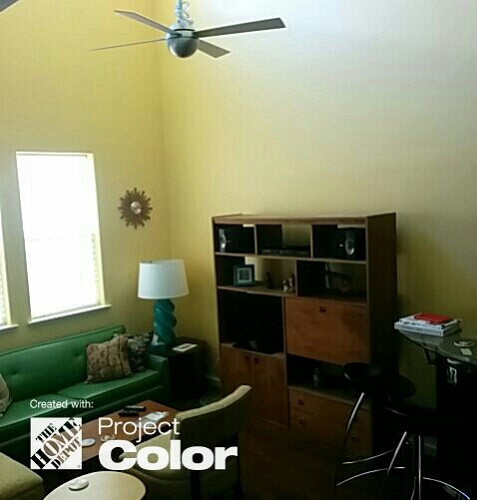 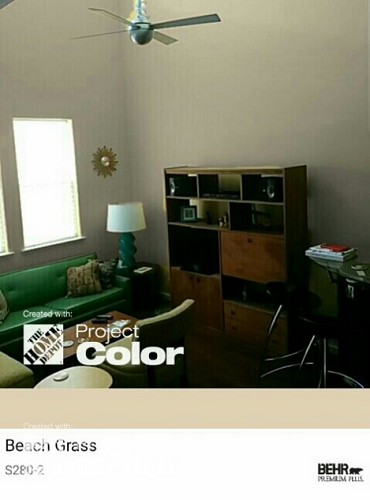 Meanwhile, using the app, I helped a friend choose a delicious shade of pink for her daughter's room. She had no idea the technology existed either, which explains the sample splotches she'd painted on the wall, partially camouflaged by her seven-year old's own creative wall art. In addition to two or three pink walls, I suggested she paint at least one with a chalkboard or erasable whiteboard paint on which her child's future artistic talents could have freedom to blossom.

Some paint choices require only intuition.