A few days ago I published a guest post about our wood floor installation, written by my husband. Here's another post by him, documenting the transformation of our rafters from sloppy to sleek. Next week I'll publish a third post about his homemade curtain rod, a masterpiece!

One thing that made a strong impression on me during our first visit to the house was the exposed rafters in the kitchen. 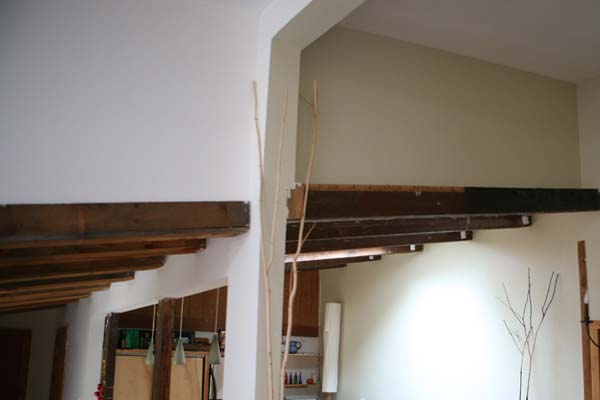 The very first time we pulled up to the house we thought: this place is kind of small and...unremarkable...will it be enough for the whole family? But after opening the front door we realized there was much more to the house on the inside. A corridor from the front door led to a large open living space with vaulted ceilings. From the entrance, I was drawn into the rest of the house by the rhythm of wood rafters on the ceiling. The rafters continued to the highest peak of the kitchen space, ending at the wall that separates it from the adjoining room. We learned later that this area of the house originated as a modest cabin.

The existing large living room and dining room were added later, without exposing the rafters. Our additions extended off the back end of the house and followed this newer profile. So for us the exposed rafters are something special; they delineate the humble beginnings of the house before the additions were made.

The rafters were not stained very well and whoever did the painting and plaster work around them did a crappy job. The wood was covered with random splotches of plaster and smeared paint. 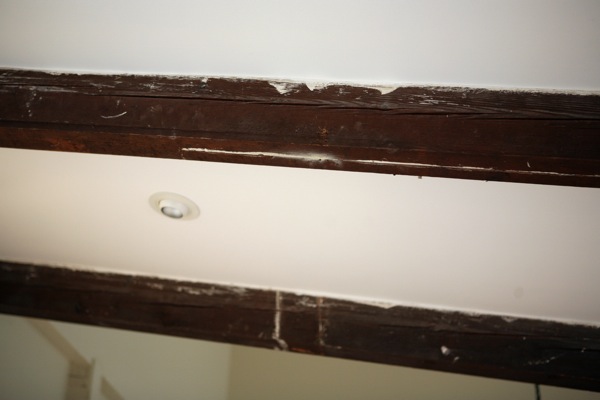 We can appreciate a rustic aesthetic, but this was just an eyesore. We debated on whether to paint the rafters white. This would be easy enough and possibly give the space more lift, but we'd miss the warm cabin-in-the-woods vibe of the wood finish. And besides, the space didn't need "lift"  because the ceilings are plenty high!

I started sanding the back side of the last rafter in the room using a trusty vibrating electric hand sander. If I hated the results no one would notice. But, no -- it rocked! So I put my nose to the grindstone and powered through the room in a couple hours. I used about 1 to 2 squares of 60-grade course sandpaper per rafter, depending on the amount of paint, plaster and stain that needed removing. Dust flew everywhere. I wore a mask, but I was filthy. 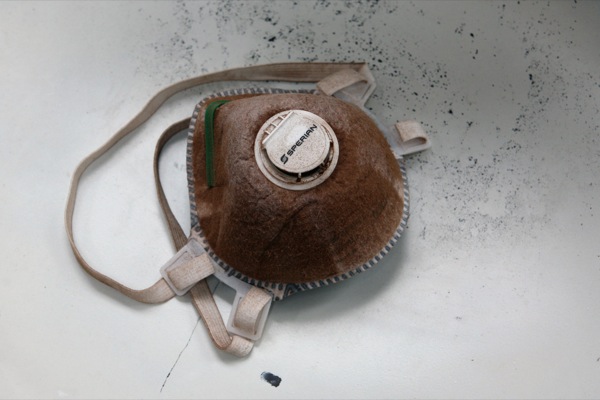 This was white when I started 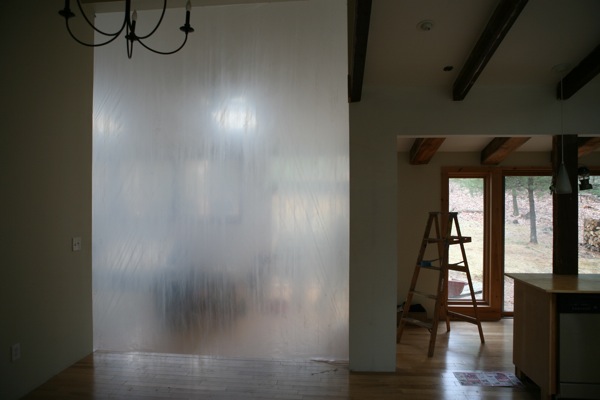 I sealed off other rooms to prevent collateral damage.

I applied stain to one side of a sanded rafter to see how it would look. Not good. The course sandpaper gave the wood a felt-like texture so it soaked up the stain like a sponge. It looked flat with no nuance in the grain whatsoever.

In the next room I covered the vents with newspaper and the walls with plastic to prevent dust from impregnating the rough freshly whitewashed wood and continued sanding. I finished the second room by 2am and my hands were numb and tingling for a half hour. 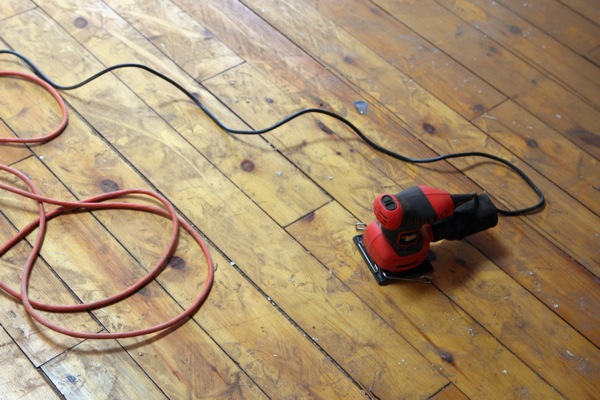 The next morning I draped the kitchen counters with plastic and walled off the openings to the other rooms to contain the ensuing dust storm from my sander. 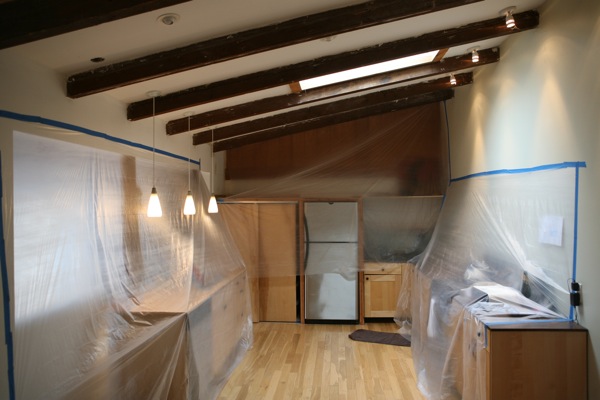 I probably spent 6 hours sanding the kitchen. After assessing the work I made few trips to the other two rooms to touch up some of the rafters for the sake of consistency. 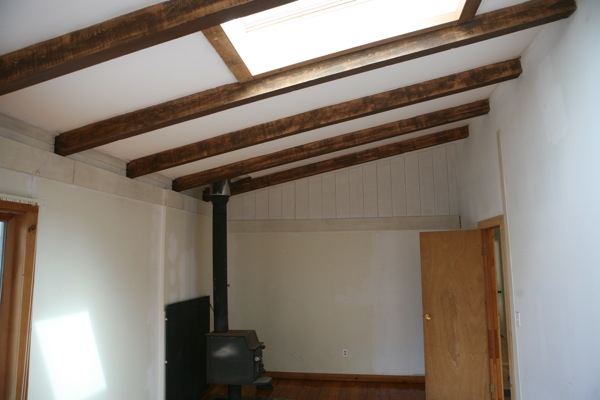 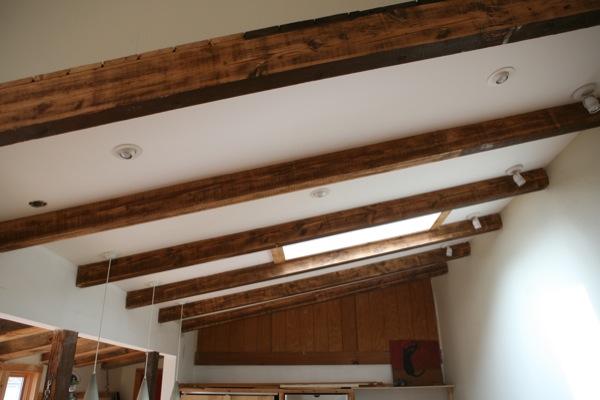 Next on my to-do list: paint the wood above the fridge white to match the other rooms. I cracked open a beer and considered my work. Yes, it was deserving of a beer. And worth the sore back and achy joints.