My interest in old buildings stems from my suburban Midwestern childhood. I grew up just outside of Detroit, MI, in a bland, no-frills subdivision. Houses were modest and serviceable. Ranches, mostly, at least in my neighborhood. They housed auto workers and were Built Ford Tough, and one was like another.

On the weekends we piled into our manila colored Buick and drove to my aunt's house in Detroit, a city that continues to enchant and sadden me. The houses in Detroit were diverse and interesting. English Tudors, Italianates, Colonials, Craftsman Bungalows. These houses had cool architectural details, medieval swing gables, mansard roofs, heavy leaded glass. These houses had soul! Driving through Detroit on Christmas Eve was especially magical. While WJLB played Nat King Cole’s Adeste Fideles I’d look out the window at these snow-covered beauties with pillared porches like mouths and feel high.

My appreciation of old houses bloomed in San Francisco. As a poor graduate student I moved from one wobbly Victorian to another until I met my husband. He was living in an old stucco church in the Mission District. He’d added huge skylights and was using it as a photography studio. When business slowed, he sold the studio and we moved into this magnificently restored turn of the century Queen Anne Victorian in the Liberty-Hill historic district. 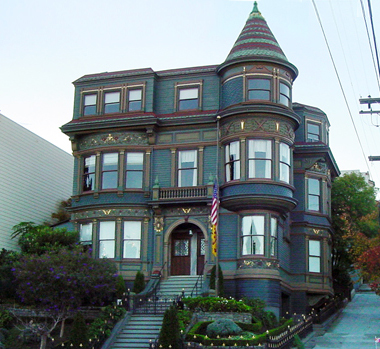 I loved everything about this house, including our sweetheart landlords, who baked us pie and invited us upstairs for martinis.

Around this time I became the managing editor of OldHouseWeb.com, a comprehensive website for old house enthusiasts. My desire to own an old house soon became an obsession. (Full disclosure: I still manage that site, along with other home improvement sites, including this one).

I loved San Francisco, but I missed the seasons, and we both missed our families, so four years later we moved to Brooklyn, New York, into a 1920s factory building that had been converted into lofts. We planned to rent for a year while we explored neighborhoods and found the perfect old house to buy. Brownstones danced in our heads. That was 2008. The housing market changed a little bit right around then. So did the stock market. So did our nest egg.

We continued to look at fixer-uppers in Brooklyn. We saw some gnarly properties. It took a few years until it sunk in that we could no longer afford to own real estate in Brooklyn. At least not the type of property we wanted, in an area we liked. We would not be living the Brooklyn Brownstone Dream.

So we modified our dream.

We would buy an old farmhouse in upstate New York and restore it. I pictured us gathered around the old stone fireplace reading the classics. I’d bake bread while my husband painted in an old barn we’d converted into an art studio. Our young daughters would climb trees and catch butterflies as I tended my first-ever vegetable garden. We’d raise chickens! And bees! Milk goats to make our own ricotta! (J/K about the goats… I think). We got pretty excited about the new dream. Then we got a realtor and started looking at fixer uppers in the country. Then we got… tired.

We searched for 1.5 years, saw over 50 houses, and made offers on 4 different properties, including 2 short sales (never again!). During this time we cycled through emotions: excited, disappointed, relieved, amused, disgusted, exhausted, confused, etc., sometimes all in the same weekend. Mostly we vacillated between being freaked out ("we’re going to be lonely country bumpkins, our children will be deprived of culture and diversity!"), and being hopeful ("we’re going to be happy country bumpkins, our children will be nature-loving serene individuals!") We had high hopes. We had misgivings. We learned a lot.

Last week we officially became homeowners, 4.5 months after submitting an offer on our fourth house. I'm using italics because the process was supremely complicated and draining...  it will be described in another post, on another day.

I’m looking forward to writing about everything we learned along the way, likely lamenting the things we could have learned sooner, or less painfully. I'll also be documenting the impending construction -- we're adding a few rooms -- and renovation, once that begins.

But first, a look back at the ones that got away… 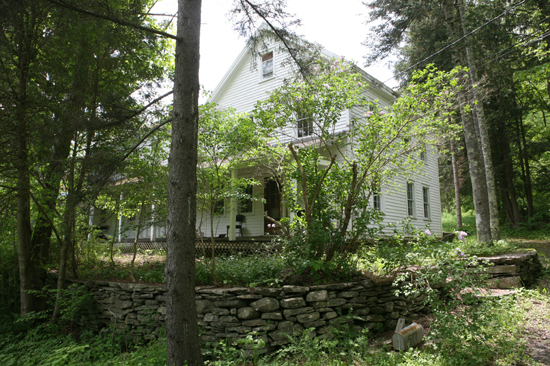 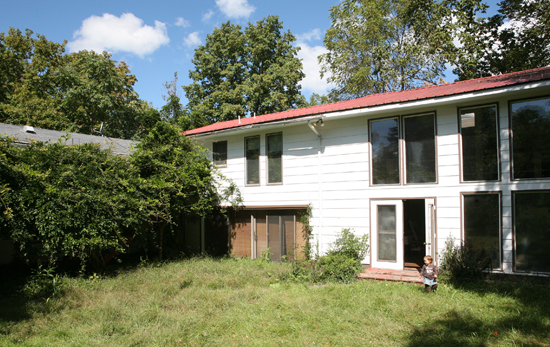 (Also not our house)

(Again, not our house)