In: Siding, Windows and Window Fashions

My former schoolmate recently posted before and after photos of her home's exterior remodel on Facebook. The transformation was striking, which prompted my asking her about the technical and aesthetic aspects of the facelift.

No one can tease me with their remodeling photos and not expect me to ask them a bazillion questions, followed by my request to share the answers with the rest of the world. Being a writer herself, she was sympathetic to this obsession of mine and agreed to let me blog about the renovation.

Her Long Island, New York home was built in 1942, and the original asbestos siding had been covered with aluminum siding before she purchased the house in 1991. She and her husband had a lot of remodeling done to the inside of the house over the years, but they ignored the outside. On a trip to Mexico last year, she bought painted house numbers, but had no idea it would result in a complete makeover for the home's exterior. She admits that "except for the roof and some windows," they "hadn't touched the envelope." It was due. 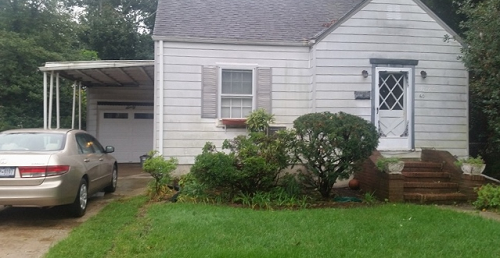 In her own words, the following issues begged a thorough exterior renovation:

Quite a contrast from the type of minor, interior cosmetic remodels I have undertaken on my 4-year old home, the exterior of which gets painted every five years by the HOA. No wonder I was fascinated.

Here's what they did to remedy and beautify the problem areas:

They did most of the design work themselves using various online siding sites to preview styles and colors but credit their contractor's attention to detail with the complete success of the renovation. They were going for an enhanced cottage look for the front of their house. What do you think? 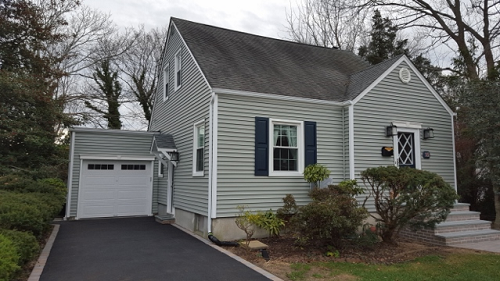