Minimalism: not just for Millennials

Lots of people are downsizing lately. It seems like the minimalist movement has gained momentum, and not just with young people. I'm a big advocate, but maybe that's because after spending almost two decades in the home where I raised my son, I moved across country on my own.

You can't leave a family home where you made years of memories and accumulated mountains of belongings, move 3,000 miles to live in a studio apartment a fraction of the size, and not have to jettison some stuff. 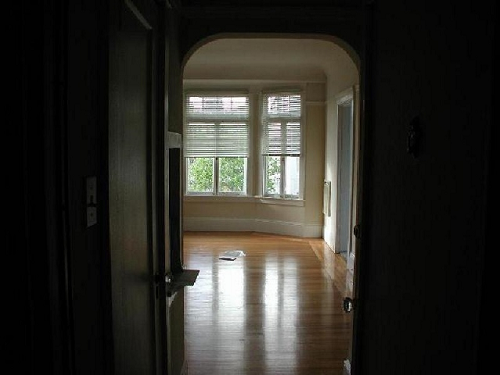 In the 12 years since I made that move, I've packed up and moved another five times. Three of those times I shared a house, but mainly I lived in one room. With every move, I let go of more. What I left behind in possessions, I gained in experiences.

When I bought my present home, which is about 1,100 square feet, I had it all to myself, and I've had plenty of room to spread out, even with the addition of four pets. But I've been here almost five years, and my home is not bursting at the seams. My one-car garage isn't filled to capacity. The car still fits in there when BFF isn't using it as a workshop for my various home improvement projects. Yet I feel confident I could still rid myself of quite a few things and not miss them a bit. Every year I donate a pile of no longer useful to me belongings to local charities or Goodwill. Other than clothing, I don't replace much of what I discard.

I'm contemplating another move now and looking at my present belongings with less and less attachment. Once I began letting go of certain things, it seemed to become easier. I know from all the other moves that the less I have to pack up, the happier I am, and the same is true on the other end. The less I have to unpack and figure out where to put, the easier the transition.

Though I've loved books all my life and used to proudly display my favorites prominently in a large bookcase, I now read mostly e-books. That means a lot less boxes of books to lift for my next move. I'm not trying to impress anyone with my library.

If I sell my home in the next few months, I'll probably go to live temporarily with a family member while I consider my next living adventure. So far, my two favorite potential plans are either a tiny house here in the U.S. or a little apartment in another country. Either way, I'll have to pare down to the bare minimum.

Like many people my age and older, the most valuable things I own now are photos and letters from friends and loved ones, mementos of places I've been and notebooks I've filled with my thoughts and writings from an entire lifetime.

But in reality, even if I lose those boxes of memorabilia and don't remember any of it, what matters is who I have become in the present moment. Who I am now grew out of all those relationships, travels, and experiences that came before, whether I remember them or not.