Seasons Greetings, home improvement enthusiasts! I haven’t posted in a while for a few reasons, one being our prevailing lack of furnishings. That’s not going to change anytime soon, so I figured I’d share some before and afters of one of the few mostly-finished/semi-appointed rooms (besides our daughters' bedroom, which I wrote about a few weeks ago). Here are some shots of our living room around the time we moved in. The first is looking into the living room, just before we tore off the deck and started excavating: 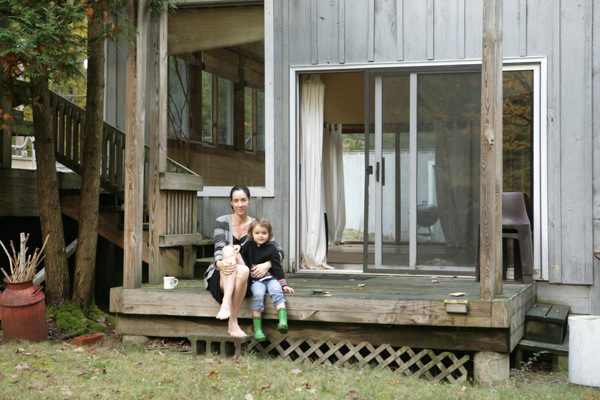 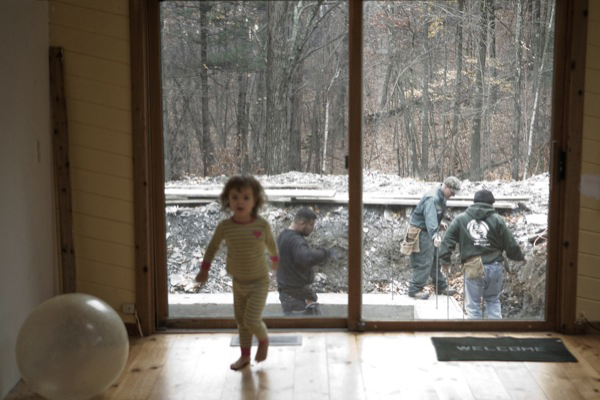 And after our addition was framed: 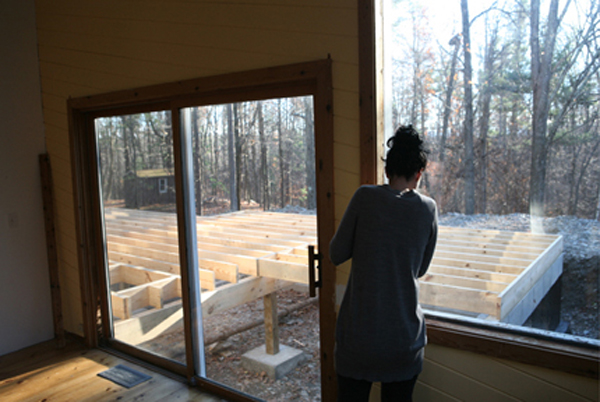 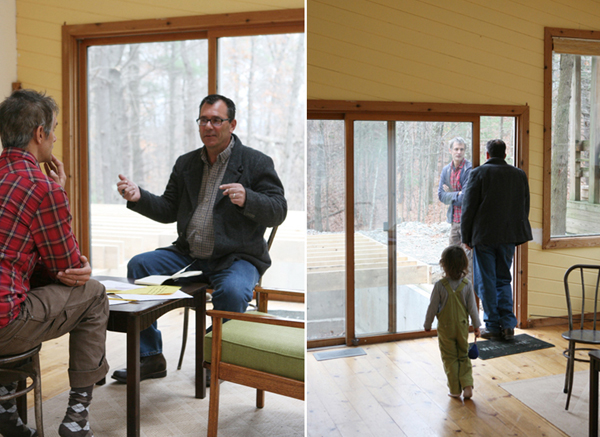 These are two of my favorite guys: my dear husband and our contractor Joe Rapp of Rapp Construction Management, based in Hudson, New York.

Here's what we've done to this room:

That hole my daughter is perched upon was the erstwhile site of some spectacular puppet shows. Now it contains the master bathroom medicine cabinet. The pine flooring in the photo on the right cured for a month or so before being installed in our addition. 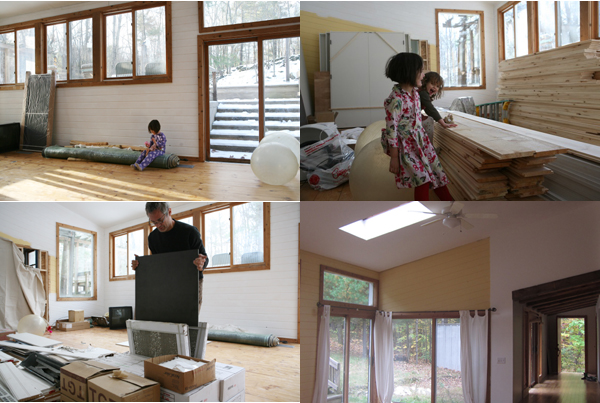 Our plaster guy, Renee, was the sweetest! 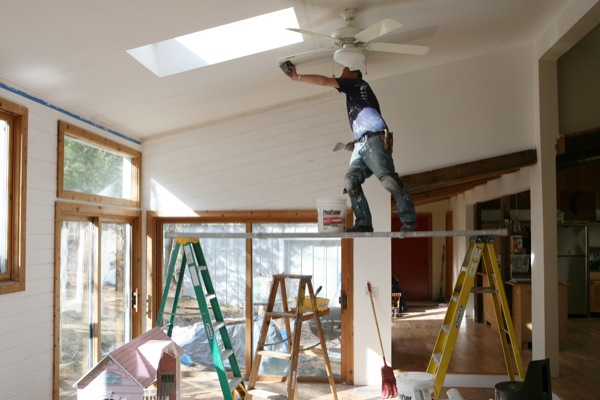 By this time last year, we'd completed much of the work in this room, except the skylights and wood burning stove. It was an ideal pop up dance studio: 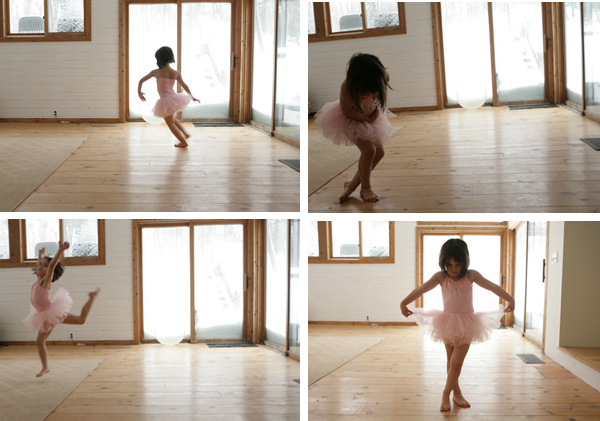 But a few months later it looked like this: 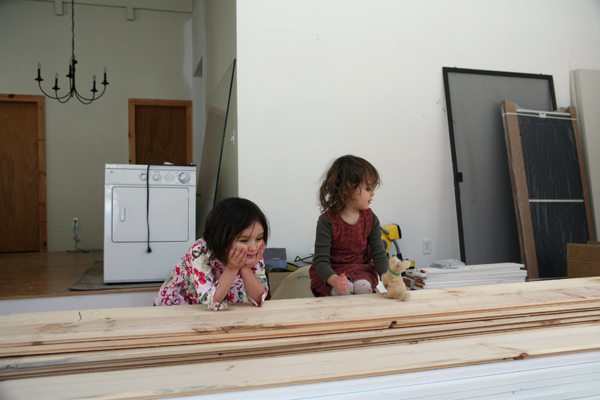 We needed the space to stack our pinewood flooring, so temporarily moved all dance parties to the kitchen.

As I've mentioned before, we're furnishing slowly. In the video below you may notice that our TV is supported by an old door on top of two saw horses, same deal with our kitchen table and my office desk, which I'm seated at right now. Totally functional. Hopefully temporary. The house is also completely devoid of curtains. But we do have a new record player. Priorities!

I filmed the video below a few nights ago, just after my husband hooked our new record player up to the massive speakers he bought with his paper route money in the early 80s. It was actually the third dance party of the day. FYI, it's nearly impossible to put Stevie Wonder's "Innervisions" album on and not dance, although I admit I will dance to just about anything. My husband doesn't bat an eye when he finds me dancing in the kitchen. Occasionally he dances with me, though very occasionally. Thank goodness for the tiny dancers in the video below!