How to save money on move-in "extras"

In: Heating and Cooling, Appliances

You'd think buying a new construction home means it's move-in ready. You would be wrong - at least if you're expecting certain comforts you did not have included in your contract, that is. Things like hardwood floors, stainless steel appliances (or any appliances), central air-conditioning, and landscaping could all be considered "extras." So what are the options for negotiating?

When I bought my home a couple of years ago, it was already built and nearly completed. I did not have a choice of flooring or cabinetry, but I could have opted for the builder to add on a refrigerator and air conditioning unit -- for an additional few thousand dollars. Instead, I negotiated for an allowance on those items so I could buy them on my own after closing.

Getting the best deals on appliances

I was no expert when it came to heating and cooling systems, but one thing I'd learned from writing about home services -- you have to do your research. So I read some online forums and talked to a couple of knowledgeable people -- a colleague with 25 years experience building homes and a local certified HVAC technician. As a result I was able to eliminate two of the three quotes I received for the A/C.

The first, and by far the lowest bid, turned out to be for outdated equipment the contractor was trying to dump so he could upgrade his inventory. Promises that he would still be around and carrying the needed parts did nothing to convince me to take the "super" deal.

The second bid was high, probably because it was for a unit that was too large for my home; I learned that when it comes to A/C, if you exceed the tonnage required for your home's needs, the unit does not work as efficiently. That ends up costing you extra in unnecessary energy usage.

I saved another $300 at Best Buy by purchasing a floor model of an LG French door refrigerator -- 25% off the already discounted price. I didn't just buy it because I was able to get an additional markdown -- it was the size, make and style I had been looking for. It was months after I was using it every day that I noticed it had a tiny -- less than one inch -- touched-up scratch. But even if I'd seen the imperfection right away, I would not have passed up such a good deal. 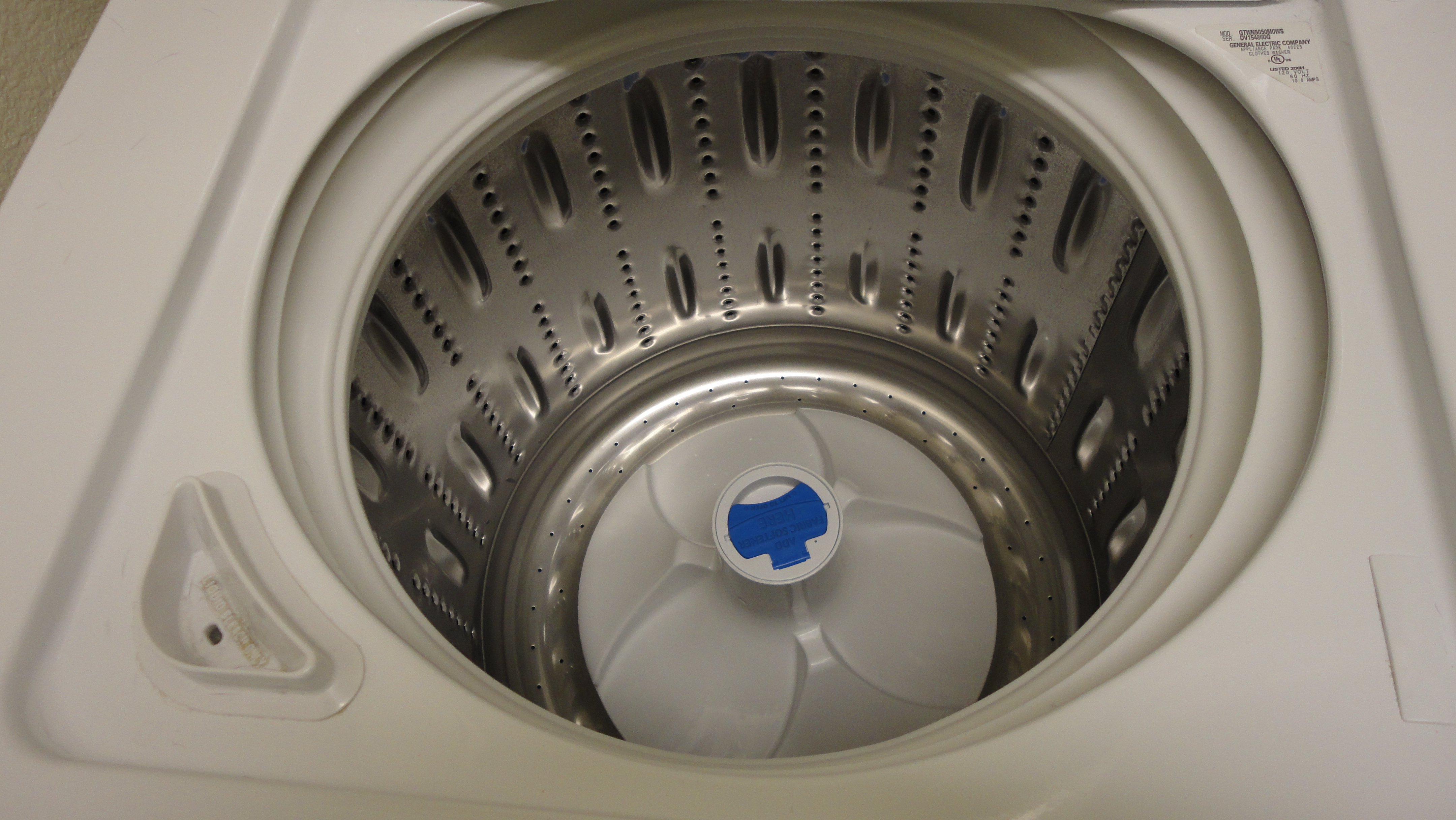 The thousand dollar-savings on the A/C and refrigerator went to purchase an almost-matching, scratch-and-dent washer and dryer from Sears Outlet. I had budgeted about $800-$900 to buy a couple of lower-end GE models, but for the same money I got a high-efficiency washer, and both the washer and dryer have stainless steel innards. The washer actually did have a big, hidden dent on the underside of the tub that didn't become apparent until I put in a full load of towels. When the tub was done filling with water and the machine began its wash cycle, a loud scraping noise seemed to be screeching, "Something is very wrong here!" But with the 100-day warranty Sears provides free on scratch-and-dent items, a technician banged out the dent and it didn't cost me a thing. I'm now into year three of home ownership and all of my bargain appliances are still operating perfectly.