If all else fails, hit it with a hammer

I've been tearing my way through houses for almost a decade now, and for the first couple of years when I started a project I still sort of thought it was going to go like it did on TV. You know, wide smiles the whole time, no swearing, and a beautifully tiled bathroom inside of thirty minutes -- complete with an awe-inspiring photo montage set to music when it was done.

What I found out was that when you have the basics down, a lot of projects that might seem difficult to complete actually aren't that bad. I also found that sometimes you'll be in the middle of a bathroom remodeling job, wedged in a 24-inch space under a sink for two hours, trying to remove a rusted-on bolt from a faucet -- all the while bending your entire body into advanced yoga positions that may require traction for a full recovery. And when the sweat starts to run into your eyes, you're bleeding from three scraped knuckles, and there's a small lump forming just over your right eyeball thanks to a slippery wrench, you may get the sudden urge to hit something with a hammer. Here's my advice: Do it. 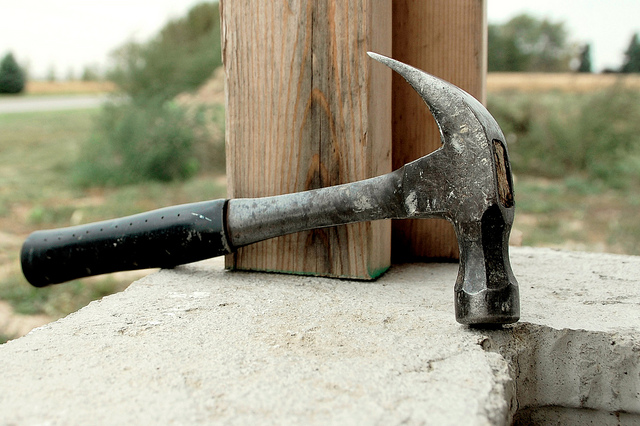 Okay, actually… put your safety glasses on first. Then hit something with a hammer.

The first time I witnessed someone throw their hands up in the air and then take a hammer to a kitchen faucet, I basically had a full body panic attack and then turned into the Hermione Granger of home improvements. Here I am quoting how-to books and YouTube videos, all of which noted little tricks like "apply a little WD-40" or "gently pry x from y" and none of which said, "now use brute force," -- except 15 seconds and five good whacks with the hammer later, that faucet was in three pieces in the trash bin. So that shut me up quick.

No, it's not the most elegant solution to a problem, but it feels awesome. More importantly, it almost always does the trick. In the last six weeks I've resorted to what I (as a child of the '80s) affectionately refer to as Hammer Time, to remove one kitchen faucet, two bathroom sinks, and open a door that was held shut with a broken screw. 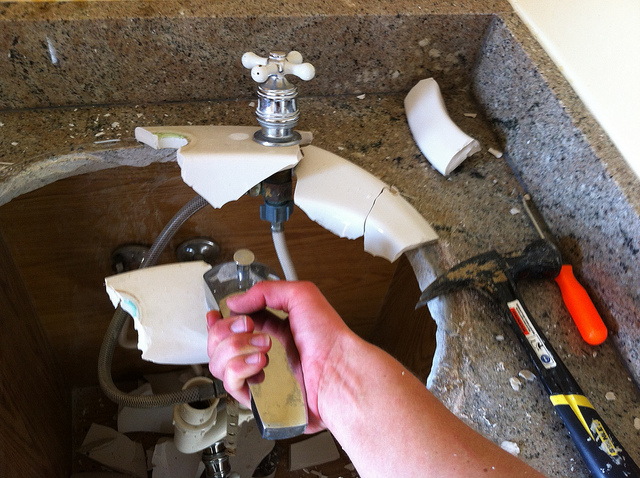 So, just to make sure you never find yourself in the middle of a construction mess with your jaw dropped down to your belly button thinking, "but nobody ever told me I could do that" here's my No. 1 piece of DIY advice: If all else fails, hit it with a hammer.