Designer Stovetops Going Outside the Box

I've written about induction cooktops for a number of years and they are finally starting to catch fire in the U.S. (Check out why I think induction is today's most revolutionary cooking technology Here, and here and . . . here.) Well . . . "catching fire" might not be the best choice of words for this exciting trend in modern, safe, energy efficient cooking. There's actually no fire at all. But, it's not your grandparents' 1970s electric stove either. Induction cooktops boil water in half the time it takes on a gas or radiant electric stove. While radiant electric and gas stoves get devil hot on the surrounding surfaces, induction cooktops stay cool to the touch over the entire surface except for the area directly under the pot. You can literally place your hand on the burner next to boiling pot of water without any risk of burning your hand (unless you touch the hot pot of course). 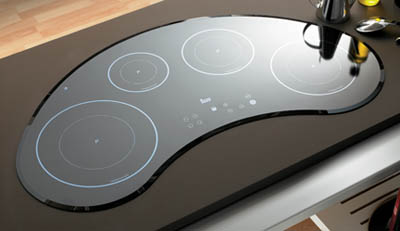 Induction burners are also very small and low profile. Because they are comprised of dozens of small magnets, the cook surface no longer has to be round like an electric coil or a gas stove. They can be round, square, rectangle or even cover the entire cook surface. On flex surface induction cookers you can literally place the pot or even a square pan anywhere on the stove surface. And yes, the cooktop can even be made into a bowl shape for wok cooking. The entire wok surface can be evenly heated for precision cooking, unlike a gas wok cooker that puts intensely high heat in a focused area at the bottom of the pan.

It gives you greater range of cooking temperatures from low-low heat barely warm enough to melt chocolate, to power boost capable of boiling a liter of water in under two and half minutes (it takes a gas stove over 7 minutes). It's safer and has zero risk of gas leaks, carbon monoxide poisoning or fire because it has no natural gas or open flames.

But, the most exciting part of this new technology might be the endless possibilities for new kitchen design. Since the surface is flat and cool it can be place in or around a variety of material, even wood. Check out the picture here of an AirBnb rental when I was visiting Verona, Italy. The designer placed a white induction cooktop into an island made from reclaimed timbers. It's simply gorgeous and one of a kind. 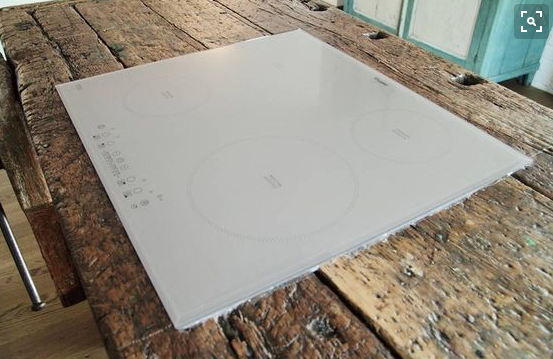 I've seen induction cooktops built with colored ceramic surfaces. I've seen them in a kidney shape. I've even seen small versions that fold out of the wall. The design possibilities are endless. Le Cornue is a French company that has been handcrafting some of the most stunning ovens and stoves since 1908. Think of the classic French restaurant kitchen like the one in animated film Ratatouille and you'll know the Le Cornue stoves. Known for their classic designs, Le Cornue is now leading the ultra-modern design revolution with induction stoves. By taking advantage of the slim lines of induction technology, they are creating innovative furniture pieces so awe-inspiring that you may not realize that they are actually a cooking appliance.

Check out my Pinterest page for dozens of pics of gorgeous induction cooktops from around the world: http://pin.it/1Kn3sEQ

Check out this amazing DIY kitchen island induction cooktop. A clever DIYer took a simple metal rack kitchen island and installed a pair of induction burners into a custom made folding top using a couple of piano hinges. Now he's able to have a giant cook surface and an island prep table in a very small British kitchen. The sides of the island fold down for easy storage. This is a wonderful concept. Think about what you could do. This could be an easy way to roll a kitchen island out to your patio in the summer time and convert your outdoors into a full scale kitchen. 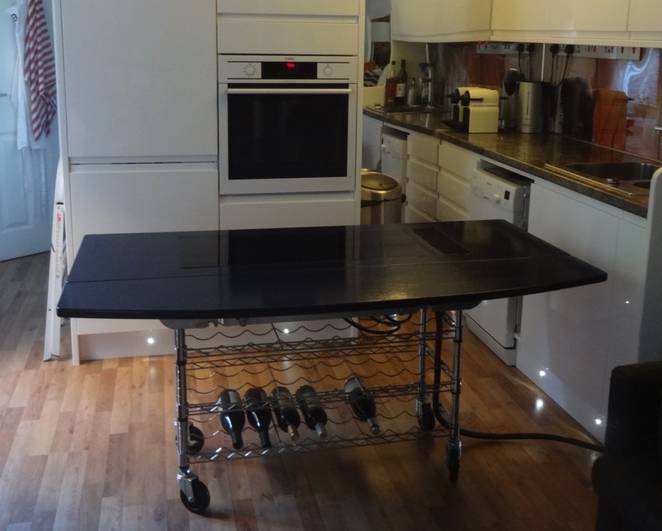