Last weekend I found myself -- somewhat unexpectedly -- building a six-foot tall wood frame for a chalkboard. My plan was to select a piece of old barn wood from my pile and then draw up some rough plans before cutting into the wood, but you know how these things go: Once I had the wood on the sawhorses I figured I'd just rip it down to make sure I liked the width, and then I thought I'd just roughly trim the boards down to size so I could visualize it around the chalkboard, and, you know, since I was cutting it anyway, I might as well just cut it on a 45 for the mitered corners, and… well, you get the picture. At no point in that process did I actually stop and plan out what I was going to do or how I was going to do it. 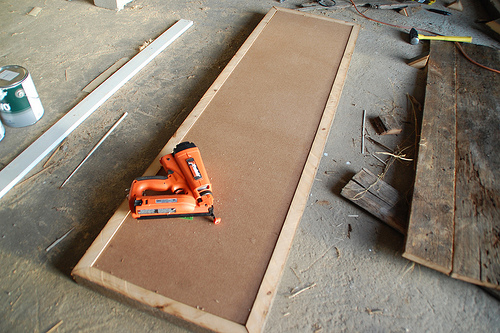 In stark contrast I used to live with an Engineer, and he once pre-fabbed a small barn for our donkeys inside the garage, and then assembled it in place out in the pasture. And all of the pieces fit together. 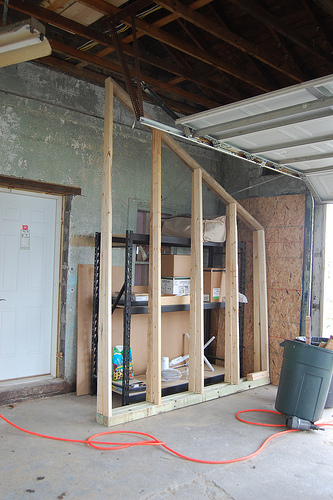 I was floored, because I'm pretty sure that dude's measuring tape works the exact same way mine does, but I never once saw him throw it in frustration because things weren't square. Which, I won't say that has never happened to me, but I've also built some fairly good sized cabinetry using my on-the-fly method of building this bathroom vanity, for example… 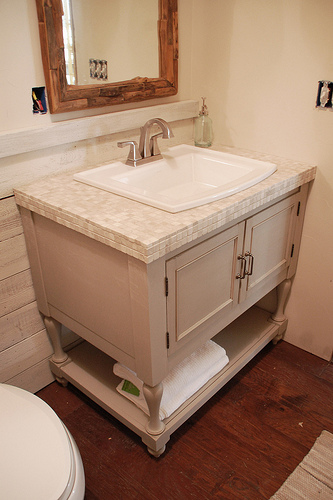 So having spent considerable time with someone who was on the opposite end of the building-styles spectrum, here's my take on the pros and cons of each.

If you tend to dive right in…

What do you think of my assessment, are you a pre-planner, or a dive-right-in kind of builder?