Homeownership: Can you do it with student loan debt? 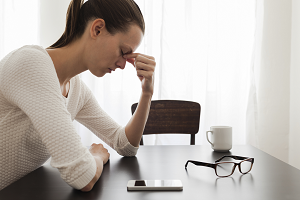 Only a couple of years ago economists expressed concern that Millennials were still not buying their first homes at the traditional age their parents did. Multigenerational households came back in vogue during the Recession; other Millennials rented with cohorts. But post-Recession they still weren't buying their own homes. Without the younger generation's participation, could the housing market fully recover?

Then, in 2014 and throughout 2015, young, first-time home buyers began entering the market. With rents rapidly on the rise, mortgage rates still extremely attractive, and jobs more plentiful, about 2 percent of Millennials, according to chief economist of realtor.com, Jonathan Smoke, have finally seized the opportunity to become homeowners.

Especially if you have been living with your parents or renting with several roommates since graduation, you may seriously yearn to join the ranks of homeowners. But you've amassed a pile of student loan debt; won't it stand in the way of your buying a home? Maybe not.

The question analysts as well as many Millennials are asking now is, Will young, aspiring homeowners have the buying power they need to sustain the housing market, or will the $1.2 trillion in aggregate student loan debt as of Q4 2014 pose an insurmountable obstacle to homeownership for them?

Student loan debt and homeownership: When is it a problem?

Research done by Zillow, however, indicates that students who earned their degrees -- typically the ones with the most debt -- actually have the best chance at homeownership because their incomes make it easier for them to repay their loans. Their research concludes that holding a bachelor's degree or higher can improve your chance of homeownership even if you have significant student loan debt. On the other hand, an associate degree or no degree with student loan debt reduces homeownership probability more significantly than it does for graduates with large debt loads.

Sean Beckett, chief economist for Freddie Mac put it this way: "Students who attended schools with less-certain educational benefits have not fared well. Borrowers who did not complete their studies have fared worst of all. These groups are likely to continue to affect the pattern of homeownership among Millennials."

In other words, if you're still in school, get your degree. When it comes down to qualifying for a mortgage, it's going to be your ability to repay it that counts most, and that does take into consideration your debt-to-income ratio (DTI).

Smoke, who analyzed which prospective homebuyers are having the most difficult time qualifying for a mortgage, found that 52 percent of them couldn't come up with a downpayment and 60 percent needed to improve their credit scores. Besides finishing school, here are some tips to help you achieve your goal of homeownership if you have student loan debt:

Today, getting an education costs a lot and not many young people can do it without loans. Nevertheless, your ability to afford homeownership, not just in the near future but for the rest of your life, may depend on you receiving your degree. After that, buying your first home can be the next best investment.