In: Landscaping and Pools 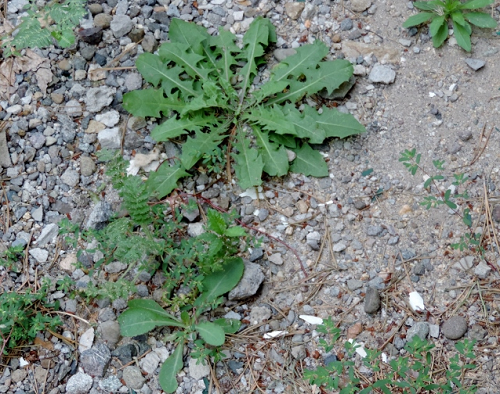 I have to admit that come July and August, my taste for doing home improvements wanes. Summer home maintenance falls by the wayside: I sort of wilt in the heat. My body feels like a rock, and I revert to my favorite childhood summer pastime -- curling up in a comfortable seat with a good summer read -- or else binge watching series after series on Netflix. True, the latter is a pastime that didn't exist when I was a child. I might have watched grade B sci-fi movies instead on the black and white tube TV.

No such things as personal computers existed, much less Internet, wi-fi, flat screens, streaming programming, and smart home technology. There were no smart phones, for that matter, or even cordless phones back in the day. There weren't even consumer video cameras or digital ones in the smart phones we didn't have. For fun in summer, aside from TV, I ran through the sprinkler to cool off or hit the library and checked out a stack of books to occupy my mind for eight weeks.

But I'm an adult now, and a homeowner to boot. After returning from a brief week on the other side of the country visiting my dad -- where I got a home organization workout disposing of expired goods and rearranging what was left in his pantry and freezer -- I faced a long list of necessary projects of my own.

Attack of the killer weeds?

Killing weeds, which in my absence had sprung up after a few weeks of off and on rain showers, took top priority. My jet-lagged-self wanted nothing to do with pulling weeds, my usual method of dispatching the invasive vegetation. I considered buying a weed and lawn sprayer and mixing up a batch of that natural weed-killer my Facebook friends have been sharing -- vinegar, Epsom salts, and Dawn dish soap. It won't harm the dirt they're growing in, but as my BFF pointed out, that probably wouldn't kill them at the roots, either, meaning they could grow back promptly.

So I decided to save the money I'd spend on a sprayer for something more useful. I've learned these experiments result in an inventory of supplies and tools I never use again but store for eternity thinking that I will, just because I've paid for them (or in some cases, am still paying for on a credit card).

I dragged my unenthusiastic-self outside to do hand to root combat with the weeds in 90+ degree-heat. Armed with my trusty hand spade, I jabbed and tugged at them for a good 40 minutes or so, a futile endeavor because the ground comprises many small rocks cemented with dirt fill. When it rains, the whole mess gets pretty hard, and the spade failed to dislodge the roots after all. 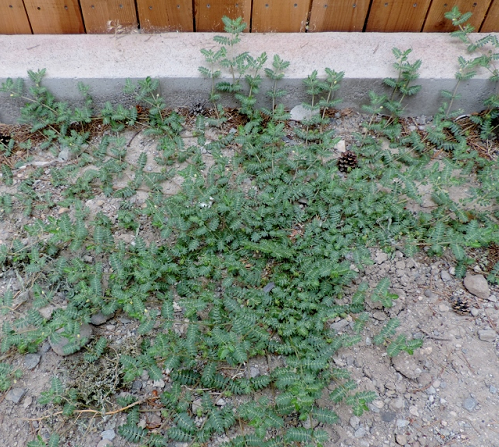 I finally gave up as I was close to having heat stroke according to BFF who came to check on me when I didn't answer the front door. I pulled only about a third of what was out there, much of which is a species that drops viciously sharp little burrs that fulfill their destiny by reproducing in my yard and sticking in my dog's paws.

The remaining weeds taunt me. They seem to know that it's going to be too hot for me to finish the job before they drop their torturous stickers on the ground. As I stare down at them from the air-conditioned comfort of my second story home office, I also notice that the dirt backyard of the house behind me has many more - and much taller - weeds than those in my yard. They'll be going to seed soon.

I have a feeling I might lose this War of the Weeds no matter how fast I pull. Sadly, I understand why most homeowners resort to more toxic methods of "wasting" weeds. Before I concede defeat and join their ranks, however, I'll try the vinegar and Epsom salts solution. I guess I'll be buying a weed sprayer, one way or another.