Motivation for DIY: the mental hurdle

I've been blogging and building stuff for years, so it's not often that I find myself at a loss for words, particularly when it comes to projects. However, it is a fact (at least in my life) that any time you really think you have things under control, life will prove to you otherwise. For example, just when I thought I was getting back into the swing of things recently, life handed me a pair of miniature donkeys that had been rescued by the Humane Society and needed a home, and a basement flooded with 4" of standing water in the same week.

And once the donkeys were at home in the new pasture, and the basement was dried out, I sat down at my computer to write, and…

There were no words.

My usual backlog of things I want to say about tools and building stuff and DIY was washed away in new farm chores and the flood of water in my basement, and I didn't even know where to start. So I decided to start at the beginning… for me, the beginning of any project is motivation.

Which, okay, duh. But when I say "motivation" what I really mean is "something so compelling that it makes covering my entire kitchen in an inch of sawdust feel like an acceptable scenario." And really, when it comes down to it, it's something so compelling that you're motivated to push right through that feeling of "can't." That's the big one for me. Getting over that mental hurdle that tells you something is too much, too hard, that there are too many things you don't know.

While I've got hundreds of examples of this, I'll bring the donkeys back into the discussion because seriously, who could get enough of this face? 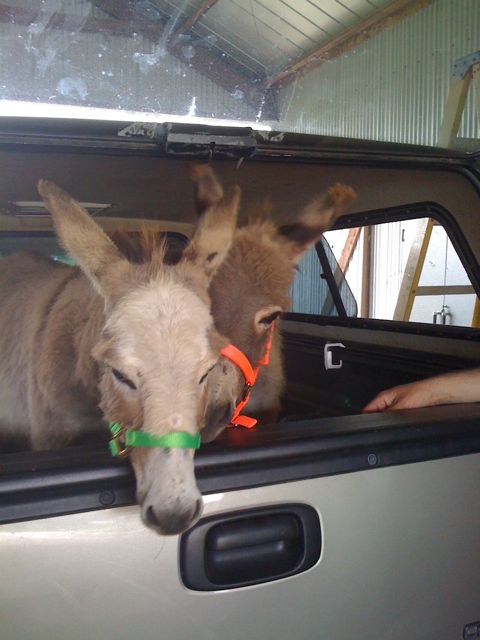 When I found out these little boys needed a home I was thoroughly unprepared for donkeys. I had no pasture fenced in, and while I did have a barn, it looked like this: 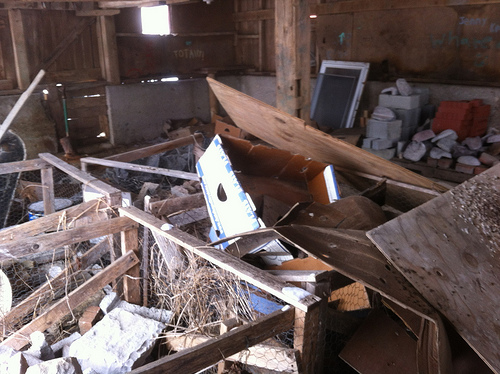 And my motivation? Well first…there were a couple of little neglected donkeys out there that needed a home. But I also hate that feeling of "can't." I've learned to recognize the exact feeling that stops me in my tracks and use it to my advantage. Which usually sounds something like, "The hell I can't!"

I've found that nine times out of ten, I actually can. (And it's usually faster and easier than I anticipate.) I find that three hours of stacking brick later, well, would you look at that?

And a few short days later…

Oh, hey, look. I actually can.

So I believe the absolute first thing you need when you're trying to to get motivated for a new project, is to understand what's stopping you. Acknowledge it. And then say, "The hell I can't," and get on with it…

Taking the first step is the hardest part.