Master of the shower curtain rod

Here's one more guest post from my dear husband. He last wrote about sanding down our rafters. Before that he shared some thoughts on our new wood floor installation. Today he writes about his ingenious DIY shower curtain rod – a work of art!

I guess claw foot tubs are typically installed broadside against a wall or in a corner of a bathroom. Our tub is positioned with the drain end against the wall and at least 2 feet from the wall on each side. This way we get a nice view of the woods through the sliding glass door across the bedroom while reclining in the bathtub. 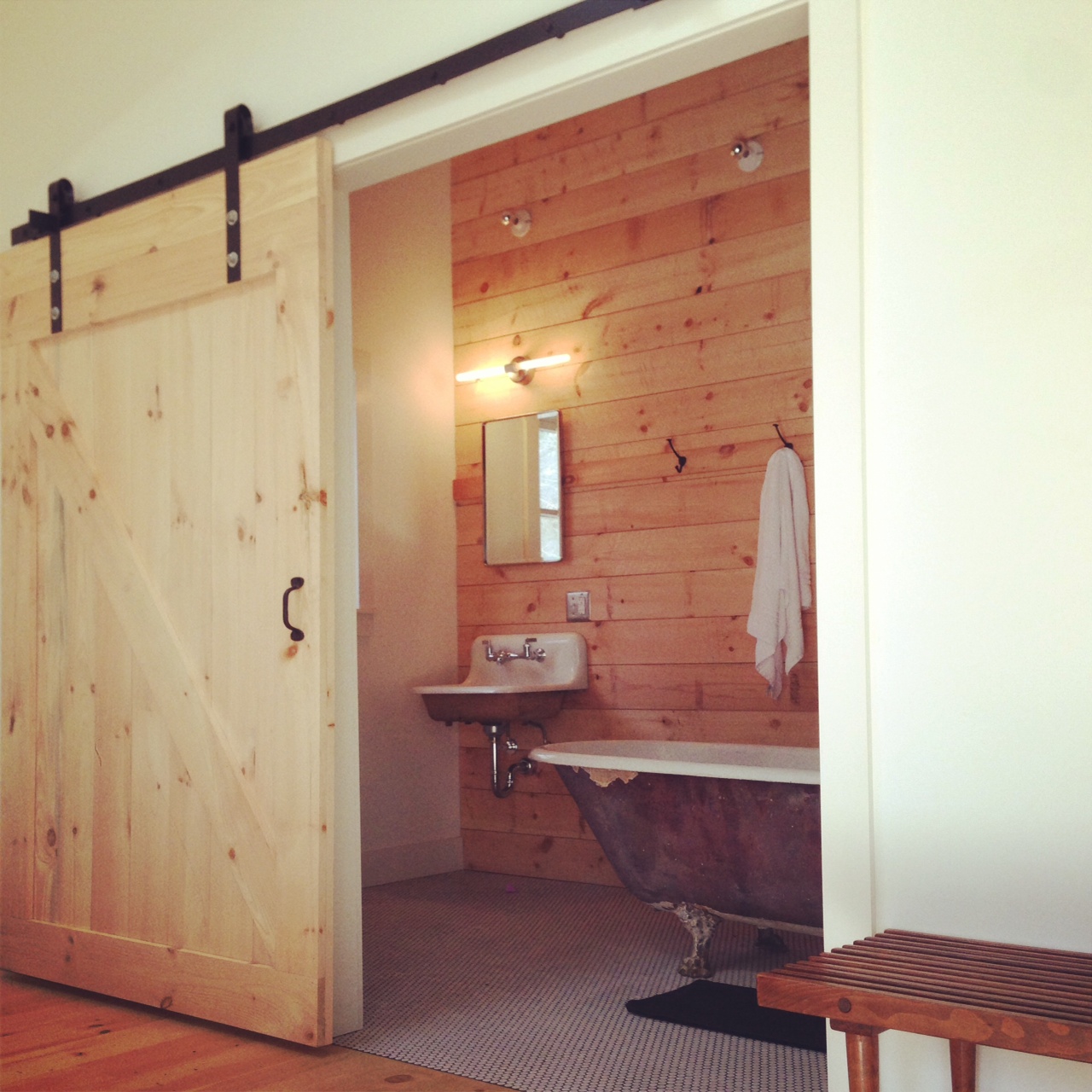 Aside from removing the aqua blue paint from the tub's exterior, the biggest challenge for us was finding a shower curtain rod that we could hang directly above the tub. There was nothing out there that could be hung from our 12-foot ceilings. On top of that, the framing of the wall was such that there was no wood behind the tiles to screw the rod into other than a horizontal beam at 8 feet, well above the standard height of a shower curtain, which is 6 feet. 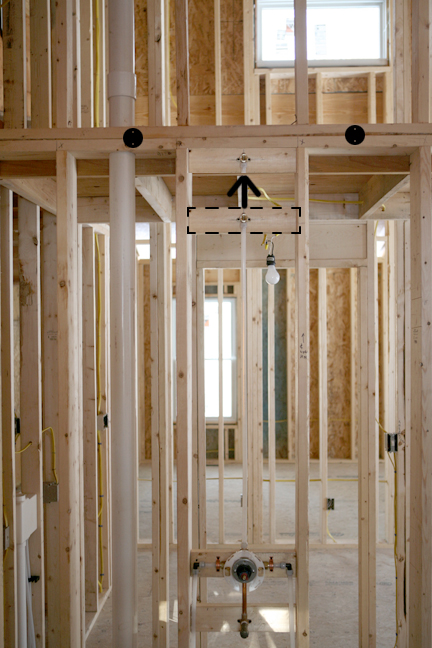 I designed a U-shaped rod that would screw into the wall and meet the wood at 8 feet. I received 4 quotes from various metal fabricators and the average bid was $750, which was unacceptable. We paid $200 for the salvaged tub only to pay close to 4x that for an accessory? I don't think so. I ended up using 1/2-inch electrical conduit piping (EMT) with a black steel coupler and flanges; it all cost around $60. Well, add another $30 or so for the 4 carbide-tipped drill bits I burned through while drilling the screw holes through the porcelain tiles. It took about a half an hour per hole. At 4 little holes for each of the 3 flanges, that's 6 hours of drilling!

A nice young attendant at the hardware store cut the pipe to size and added a groove on the cut end for the coupler and flanges. I should have bought a pipe bender, bent the pipes at home, then returned it... but I was feeling lazy and naughty that day so I used the store's in-house pipe bender when no one was looking. I had the support rod cut about a foot longer than the other 2 pipes that would make the U-shape of the curtain rod. I would install the ends of the "U" to the tiled wall first, then level it to determine where the end of the support rod would attach next.  I did a practice run on a wall outside the house. 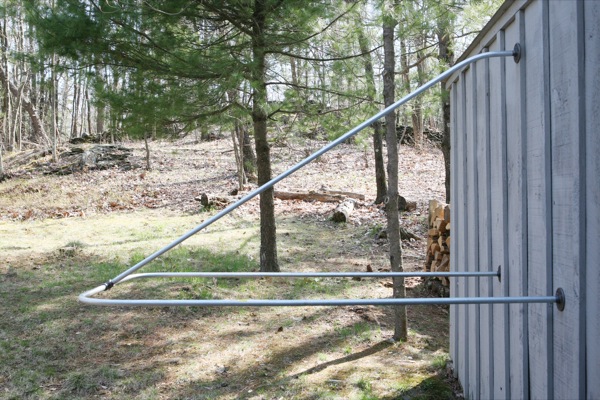 I was worried about drilling all those holes in that gorgeous tiled wall – I didn't want to screw it up. I figured I should add some kind of barrier or gasket between the metal flange and the tile to reduce the risk of cracking or marring the finish of the tile. I couldn't find anything the right size so I bought 3 cans of mediocre coffee and cut some rounds out of the plastic re-sealable lids.

We think the rod looks great! The galvanized steel and black flanges are compatible with the raw shiplap and rusty tub in the bathroom. The rod is a bit high, but we have the ceiling for it, and the angle of the support rod works well with the pitched ceiling. 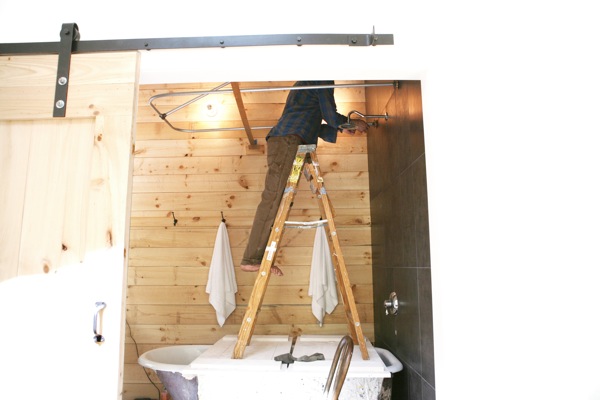 Also, there are extra-long shower curtains out there, you just have to look a little harder.